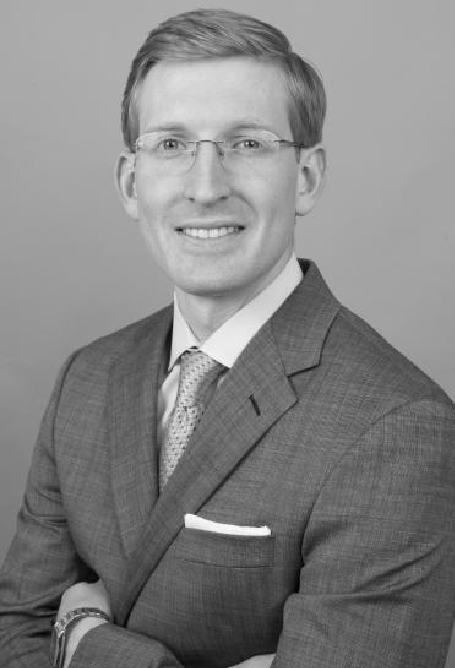 This column previously analyzed the Commonwealth Court’s decision in Pittsburgh History and Landmarks Foundation, 161 A.3d 394 (Pa. Commw. Ct. 2017), and its potential impact on the attorney-client privilege in derivative litigation. The Pennsylvania Supreme Court subsequently granted petitions for allowance of appeal in the case, setting the stage for the court’s first decision addressing derivative litigation in more than 20 years. The court’s Jan. 23 decision in Pittsburgh History emphasized the strength of the attorney-client privilege in Pennsylvania but its narrow holding leaves significant questions related the application of the privilege in derivative cases unanswered (see Pittsburgh History & Landmarks Foundation v. Ziegler, No 53 WAP (Pa. Jan. 23, 2019)).

While the motion to dismiss was pending, plaintiffs sought to compel production of various communications between the independent committee and its counsel as well as materials generated by the committee. Defendants invoked the attorney-client privilege on behalf of the corporation and refused to produce the requested materials to the derivative plaintiffs.

The court began its analysis by discussing its decision in Cuker v. Mikalauskas, 692 A.2d 1042 (1997), and reaffirming Cuker’s adoption of various sections the “American Law Institute’s, Principles of Corporate Governance: Analysis and Recommendations” (1994) (ALI Principles) related to derivative litigation. The sections of the ALI Principles cited in Cukercontemplate that when faced with a derivative claim against the officers and directors of the corporation, a board may form an independent committee to investigate the allegations and determine whether the corporation should take action against management directly. If the committee determines that the corporation should not take direct action, the board, purporting to act on behalf of the corporation, can file a motion to dismiss the derivative plaintiffs’ claims. Such motions are often supported by opinions of counsel addressing whether the board’s actions complied with its fiduciary obligations to the corporation.

In evaluating the motion to dismiss, a trial court applies the deferential “business judgement rule” to determine whether the board’s decision to terminate the derivative action is in the best interest of the corporation. In an effort to rebut the application of the business judgement rule, derivative plaintiffs will attempt to establish that the board’s decision-making process was infirm, either by showing that directors were conflicted or that the committee failed to consider relevant information in reaching their decision. In making such an argument, access to communications from counsel to the committee members and other ancillary documents can be crucial. For example, a committee action that accepted opinions of its counsel that rejected the merits of a derivative action while rejecting opinions of counsel that supported a derivative action, would be suspect.

“The [derivative] plaintiff’s counsel should be furnished a copy of related legal opinions received by the board or committee if any opinion is tendered to the court. … Subject to that requirement, communications, both oral and written, between the board or committee and its counsel with respect to the subject matter of the action do not forfeit their privileged character, and documents, memoranda, or other material qualifying as attorney’s work product do not become subject to discovery, on the grounds that the action is derivative or that the privilege was waived by the production to the plaintiff or the filing with the court of a report, other written submission, or supporting documents.”

The Pittsburgh History court expressly reaffirmed its adoption of Section 7.13(e). The court reasoned that Section 7.13(e)’s exception to the attorney-client privilege protection is consistent with long standing Pennsylvania attorney-client privilege jurisprudence that prevents a party from relying on an “advice-of-counsel” defense without providing plaintiff with access to that advice. In effect, Section 7.13(e) prevents a litigation committee from submitting a cherry-picked opinion of counsel in support of its motion to dismiss derivative litigation without disclosing unfavorable opinions.

In adopting Section 7.13(e), the court rejected the derivative plaintiffs’ contention that a broader “good cause” exception to the attorney-client privilege should apply. The good cause exception was first articulated by the U.S. Court of Appeals for the Fifth Circuit in Garner v. Wolfinbarger, 430 F.2d 1093 (5th Cir. 1970), and has been adopted by a number of courts throughout the county, including Delaware. In Garner, the Fifth Circuit balanced the interests of derivative plaintiffs and defendant managers where both groups purport to represent the corporation. Garner confirmed that a corporation may still invoke the attorney-client privilege to prevent disclosure of information to derivative plaintiffs but held that a derivative plaintiff is entitled to pierce the privilege upon a showing of “good cause.” The Garner court identified nine factors for evaluating whether good cause exists.

The Pittsburgh History court rejected the Garner analysis as inconsistent with Pennsylvania’s attorney-client privilege. In reaching its conclusion, the court emphasized the need for predictability in the application of the privilege. The court reasoned that “an uncertain privilege, or one which purports to be certain but results in widely varying application by the courts, is little better than no privilege at all.” It held that the Garner test does not provide the predictability that Pennsylvania law requires and leaves managers and the corporation’s attorneys without a “meaningful way of determining whether their otherwise privileged communications would be later divulged in derivative litigation discovery.”

Although the court did not address whether a derivative plaintiff may access otherwise privileged information outside of a motion to dismiss context, the court’s rationale for rejecting Garner’s analysis provides some insight on how it might view the issue. In rejecting Garner, the court emphasized that its nine-factor analysis injected unacceptable uncertainly into whether the privilege would apply. Since communications between managers and corporate counsel may be wide-ranging, the preference of the Pittsburgh History court for predictability would seem to apply with equal or greater force.

Notwithstanding the court’s apparent preference for certainty over a derivative plaintiffs’ access to information, a rigid application of the privilege in the name of predictability would ignore the representative nature of derivative litigation. Indeed, derivative litigation involves parties that are both purporting to represent the same corporation. When a defendant asserts the attorney client privilege against derivative plaintiffs, it creates an unusual situation of a client asserting privilege against itself. The court has yet to grapple with the issue.

Reprinted with permission from the March 5, 2019 issue of The Legal Intelligencer. © 2019 ALM Media Properties, LLC. Further duplication without permission is prohibited.  All rights reserved.