Taxation of Trusts—Guidance Coming From the Supreme Court? 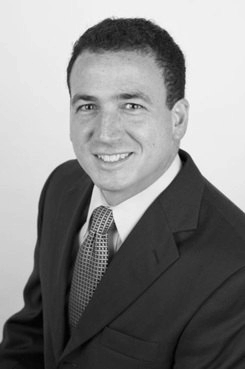 The U.S. Supreme Court recently heard oral arguments in a case, North Carolina Department of Revenue v. Kaestner 1992 Family Trust, Docket No. 18-457 (argued on April 16), in which a trust challenged a North Carolina law that taxes resident-beneficiaries on the income earned and retained by a nonresident trust. The trust prevailed at the trial level, appellate level and in the North Carolina Supreme Court, but the U.S. Supreme Court granted the North Carolina Department of Revenue’s petition for a writ of certiorari on the question of whether the due process clause of the Fourteenth Amendment prohibits states from taxing trusts based on trust beneficiaries’ in-state residency. The petitioner asserted that there was a split among the nine states that had considered taxation of trust income based on a beneficiary’s residence and that the split could only be resolved by the Supreme Court. While we await the court’s decision, this case presents an interesting mix of arguments regarding the proper analysis of the minimum contacts inquiry and a public policy appeal by the petitioner to “modernize” trust taxation along the lines of a recent court decision that eliminated the physical-presence requirement in the sales tax context.

Taxation of income from trusts involves looking at federal law, state law, the language of the applicable trust, and the identity and location of the grantor, trustee, beneficiaries and assets held by the trust. In short, the analysis can be complex. Some states, looking to bring in additional revenue, have passed laws expanding the reach of their power to tax trust beneficiaries. One distinguishing feature of the North Carolina law is that it taxes beneficiaries who have not actually received taxable income from a trust.

There are a few preliminary trust tax issues to understand. Income from a trust is sometimes taxed at the trust level, while at other times it is taxed to beneficiaries. Trusts known as revocable (or living) trusts permit the grantor of a trust to revoke the trust. These trusts are generally ignored for both federal and Pennsylvania trust tax purposes and income is taxed just as if the individual grantor had received it. There are also other types of irrevocable grantor trusts which are taxed to the grantor for federal tax purposes and, in a minority view, to the trust itself for Pennsylvania purposes. These grantor trusts can be utilized by estate planning attorneys to leverage estate and gift tax savings. This leaves the traditional nongrantor irrevocable trust, which is the type of trust at issue before the court.

For these nongrantor trusts, most forms of taxable income actually distributed to a beneficiary or that are required to be distributed to a beneficiary are taxed to that beneficiary. Essentially, the trust takes a deduction for the distributed income, with possible limitations for some forms of income such as capital gains, and distributes a K-1 to the beneficiary. States that impose an income tax would generally require that the individual beneficiaries then report the income on their individual tax return just as they would report any other income received. A trust that retains income and is not required to distribute it, on the other hand, will pay tax at the trust level. For federal income tax purposes, this can have negative consequences since the tax brackets are compressed and trusts reach the highest rate of taxation at just $12,750 in annual income. For a trust with a Pennsylvania grantor, Pennsylvania trustee and Pennsylvania beneficiaries, the state tax consequences are what one would expect: the taxable income, whether paid by the trust or the beneficiary is taxed at Pennsylvania’s flat tax rate of 3.07%.

North Carolina’s law is more expansive. The heart of the dispute presently before the court is whether North Carolina may tax undistributed income of a trust if the only contact with the trust consists of a beneficiary who lives in North Carolina. The Kaestner trust was originally formed in New York and the trustee had no operations or residence in North Carolina. As a constitutional matter, the trust argued that the due process clause should not allow North Carolina to tax the income of the trust since it would be unable to exercise jurisdiction over the trust in a judicial proceeding. Considering the issue in terms of a minimum contacts analysis, the court will likely analyze whether a trust, its trustee and effectively other beneficiaries can be subject to a state’s taxation merely because one of its beneficiaries happens to live in that state.

The law is well-established that a state may tax an actual distribution received by a trust beneficiary in a state in which the trust does not reside. From a practical standpoint, this makes sense. As a beneficiary, one can choose to live in any state. Such beneficiaries have made a choice to subject themselves to the jurisdiction of that state. A beneficiary motivated to save taxes on distributions from a trust might choose to live in Florida, which has no state income tax. The trust, however, cannot exercise control over where its beneficiaries live. Therefore, if the trust’s income is retained by the trust and not distributed, the question is whether a foreign state could then subject any portion of that income to taxation.

A key component of the court’s analysis is likely to be whether serving in a fiduciary relationship to a beneficiary constitutes a sufficient nexus to allow a nonresident trust to be taxed and whether the tax imposed is sufficiently related to values connected to North Carolina. The petitioner argues that there are sufficient minimum contacts because, in what it termed a “fairness-based analysis,” the mere status as beneficiaries of a trust who avail themselves of the benefits of living in North Carolina, such as public roads, police and fire services, is enough to constitute sufficient minimum contacts with the state.

The petitioner also argues that prohibiting its tax on due process grounds would open up the use of trusts as a tax shelter since individuals could forum shop for a state that does not impose income tax and allow the trust to grow without being taxed. The counter to this position is that states may choose to tax undistributed income in the place where the trust is administered or may impose a throwback tax that would tax the previously untaxed income of a beneficiary in the year that the beneficiary actually receives a distribution.

In sum, this case presents an opportunity to learn how the court will apply due process arguments to trust taxation in light of an increasing focus on income tax planning as the federal estate and generation-skipping transfer taxes impact fewer families.

Reprinted with permission from the May 20, 2019 issue of The Legal Intelligencer. © 2019
ALM Media Properties, LLC. Further duplication without permission is prohibited. All rights reserved.