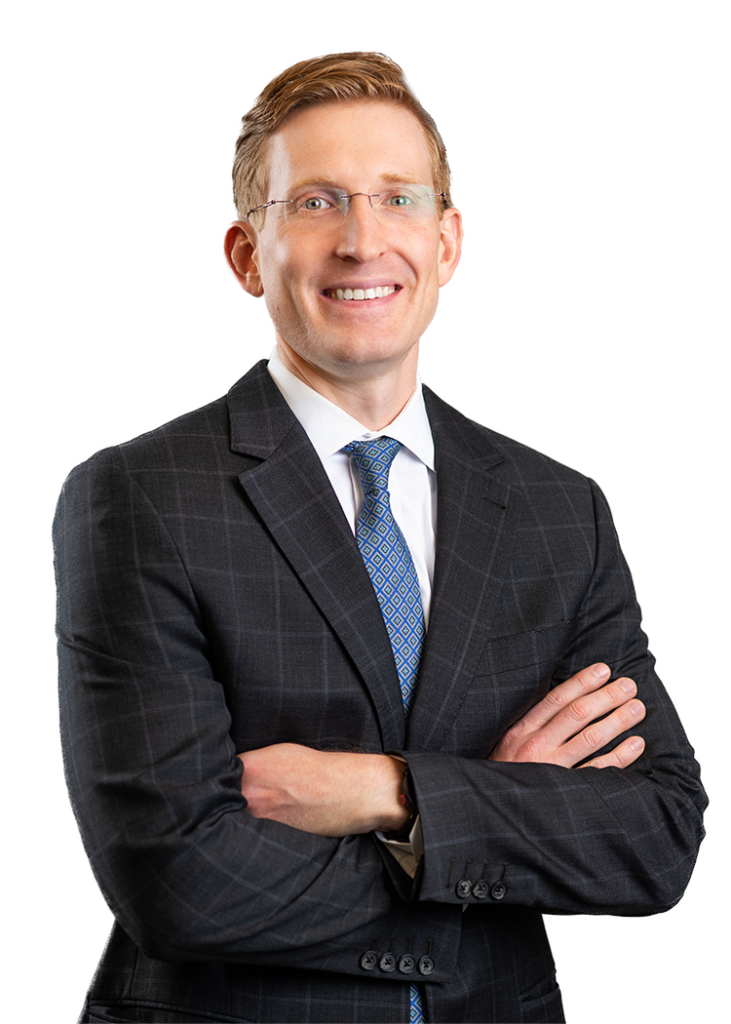 Supreme Court of the United States

United States Court of Appeals for the Third Circuit

United States Court of Appeals for the Fourth Circuit

United States District Court for the Eastern District of Pennsylvania

United States Bankruptcy Court for the Eastern District of Pennsylvania

Edward S. Robson is the co-founder and managing shareholder of Robson & Robson, P.C. and focuses his practice on complex commercial litigation, corporate law and mergers and acquisitions.  He has successfully litigated a variety of commercial matters, including those involving conflicts among owners of closely-held businesses, complex contractual claims, unfair competition and defamation and product disparagement. Mr. Robson also counsels clients on mergers and acquisitions, corporate restructuring and other types of commercial transactions.

In recognition of his achievements in business litigation, Mr. Robson has been included in the Super Lawyers “Rising Stars” list for the past six years. This honor recognizes excellence in practice by those less than 40 years old and is received by only 2.5% of Pennsylvania attorneys. In 2018, he was included in The Legal Intelligencer’s Lawyers on the Fast Track list which honors outstanding young attorneys in Pennsylvania.  He was also selected as one of the Philadelphia Business Journal’s 25 Young Lawyers on the Rise.

Mr. Robson serves as an adjunct professor at the Erivan K. Haub School of Business at St. Joseph’s University in Philadelphia where he teaches undergraduate and MBA students about the intersection of law and business strategy. He frequently writes and speaks on a variety of topics affecting business. He is a regular contributor to The Legal Intelligencer’s commercial litigation column.

Prior to starting the firm, Mr. Robson was a law clerk for the Hon. Howland W. Abramson, Court of Common Pleas of Philadelphia, Civil Division. He also interned with the Hon. J. Curtis Joyner, United States District Court for the Eastern District of Pennsylvania while in law school.

Represented real estate developers in a class action against a municipal authority and its engineer for illegal calculation and imposition of water tapping fees.

Represented homeowners in a class action against a Fortune 100 fuel distribution company for property damage associated with installation of gas pipeline.

Represented business owner in securing preliminary injunction against partner pursuant to the “anti-cybersquatting” provisions of the Lanham Act after partner commandeered the company’s client portal to redirect customer inquiries to himself.

Represented participants in innovation contest against contest promoters after promoters cancelled contest without warning and after participants had invested significant funds in participating in the contest.

Represented minority owner of a union HVAC contracting company in a “business divorce.”

Represented shareholder of a pump distribution company in purchase of co-owner’s interest and spinoff of product line.

The Legal Intelligencer, Lawyer on the Fast Track, 2018

“The Hazards of ‘Weaponizing’ Capital Call and Dilution Provisions,” The Legal Intelligencer, April 12, 2019.

“Enough With Arbitration Provisions: Litigators Hate Them and GCs Should Too,” The Legal Intelligencer, June 20, 2018.

“Tweeting Up a Storm: The Promise and Perils of Crisis Mapping,” Photogrammetric Engineering & Remote Sensing, October 2013.