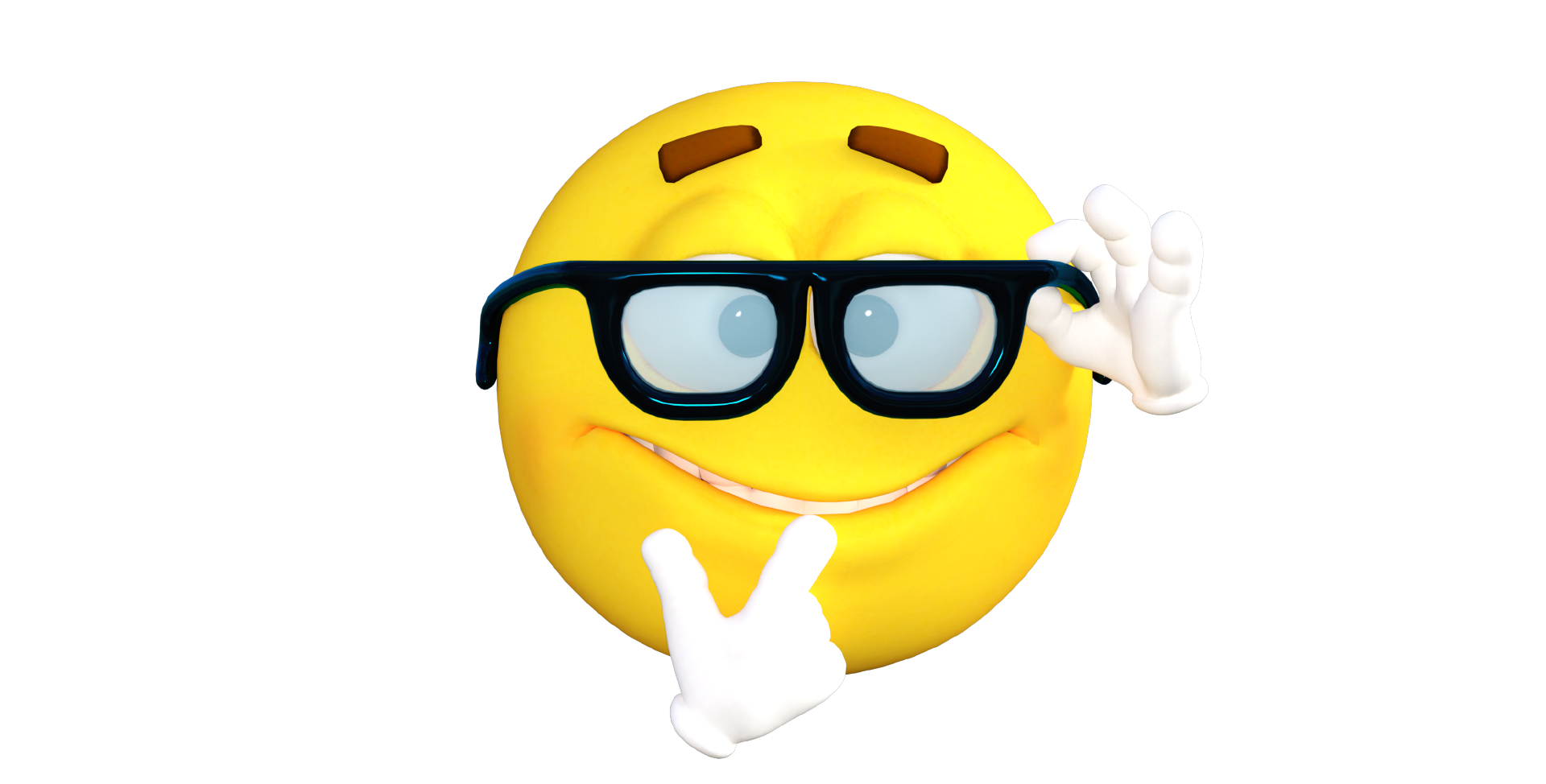 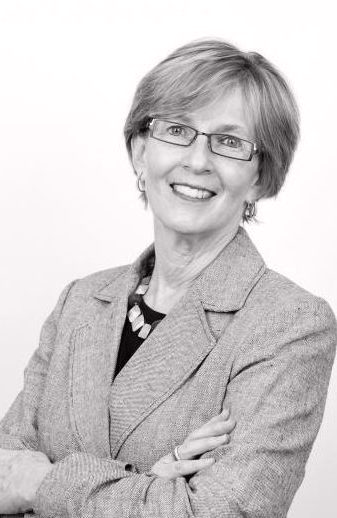 Remember when they were just called “Smiley Faces” – the minimalist “face” composed of two dots for eyes, and an upended parenthesis of a smile?  In short order, these key-stroke images evolved into the hairless, yellow circles that graced multiple methods of electronic communication: the emoji.

Emojis now come in every shape and size. They have grown beyond their distinctive, circular yellow format and can present as wine glasses, puppies, food items, national flags and some unsavory materials that are best left unmentioned. A quick count of emoticons on a cell phone indicates 98 variants of the original smiley, in various hues and states of emotion. Far from the innocuous well-wishers of old, emojis can now express anger, joy, irony, humor and lust.

As if to confirm their entrance into the mainstream, emojis can now be the subject of litigation. Over the past few years, emojis been involved in disputes involving intellectual property, criminal law, defamation, harassment and contracts.  While there is no separate body of emoji law, businesses that allow the use of emojis without some understanding of their legal impact, do so at their own risk.

Use of emojis has proliferated. It is estimated that 2.3 trillion mobile messages have an emoji or two. One source suggests that 92% of online users insert emojis into their communications on a regular basis. The combination of wide-spread use and the blurred lines between business and personal communications make it likely that emojis have donned business casual and made their way into the workplace. While arguably unprofessional, emojis in the workplace frequently perform real but subtle functions; they can be are seen as injecting humor, defusing potentially tense conversations and making the boss seem “cool” – at least in the boss’ eyes.

A preliminary consideration in any analysis of the potential legal impact of emojis is the fundamental question: what is an emoji – really?  An emoji is defined as “a small digital image or icon used to express an idea, or emotion … used in text messages and other electronic communications ….” (dictionary.com ). A subset of emojis – emoticons – typically are facial expressions used to convey an emotion, a comment, an attitude or a pose.

While there is general agreement about what emojis are, there is far more ambiguity about what emojis mean. While discerning intent and meaning from seemingly ambiguous behavior is a frequent process in the law, emojis compound the problem of interpretation in a number of ways.

First, the sender and the recipient of an emoji communication may not see the same thing – literally. Since emojis are creatures of code, the appearance of an emoji may not be uniform across platforms. Different platforms may result in differences in color and shape. As a result, the “cow” emoji viewed on one internet platform may appear markedly different from the same emoji, used in the same document, when viewed on another platform. In effect, there is no guarantee that when looking at an emoji on different platforms, readers are looking at identical images.

Because it is pictorial, even when the images are identical, the true meaning of an emoji is in the eye of the beholder. There is no “literal” meaning. The “meaning” of the emoji is significantly influenced by the function the emoji performs. Emojis are frequently used as a substitution for text, such as inserting multiple hearts in lieu of writing “love.” Sometimes the objective is more complex as when emojis are used to suggest humor or irony. For example, the meaning of language that reads “Really looking forward to the meeting” changes significantly when accompanied by an eye-rolling emoticon.  At other times, the emoji is used almost as a courtesy, the way that a “like” in Facebook can signify anything from a simple acknowledgement, to affirmation, to vehement support.  Emojis can also be used to “lighten up” a difficult conversation such as “don’t miss another deadline” accompanied by a smiling face or to suggest that the sender is approachable, friendly or accessible.

Culture also bears on emoji interpretation. In the United States, for example, a masked face would likely be interpreted as a robbery, while in Japan, it might symbolize illness. In many cultures a “thumbs up” signals praise or approval while in parts of China it would be viewed as “stay away” or “leave me alone.”

Even when sender and recipient share common cultural perspectives, emojis may still be ambiguous. The traditional “folded hands” gesture may be interpreted as a plea, a message of peace, or simply praying. A wine glass may signal celebration or the need for a glass of wine at the end of a trying day. Images of hand shakes or thumbs up may signify agreement – or simply be a social “convention” – a way of saying, “That’s great!” or “Sounds good!” without any further commitment or support.

While law frequently requires a discernment of intent and an interpretation of ambiguous language, the increasing use of emojis creates additional legal challenges. Since so many emojis are used to express emotion or a state of mind, it is not surprising that the areas of the law that are potentially most impacted by the use of such symbols are the areas in which intent and state of mind are most at issue.

There have been a few cases in the criminal law in which the use of an emoji has been interpreted as a threat of violence. In most of these cases, the emoji was accompanied by other behaviors or language that suggested a threat. In a recent case, however the use of an emoji communication alone – without accompanying text – was found sufficient to support a finding of physical threat. The combination of a fist, followed by a finger pointing toward a third emoji – an ambulance – was deemed adequate evidence of a to threat of beating.

In the context of business, emojis have often figured in cases involving harassment or a hostile work environment.  While not commonly included as part of the “standard” package of emojis on computers and phones, “adult” or “X-rated” emojis are easily accessible. Such emojis range from relatively innocuous buxom smiley faces to more adult themes. Even if intended as a “joke,” the use of such emojis have significant potential to be interpreted as an invitation  – or pressure – to engage in sexual or romantic activity. In addition to sexual images, there are emojis that are per se disparagements of sexual orientation, race, nationality and disability. Even an image as apparently benign as a winking smiley face, could be interpreted  – or misinterpreted – as a sly reference to sexual activities or to an “inside joke.”

Emojiis also compound the opportunities for harassment. In late October, 2019, the Unicode Consortium, the organization that has created and standardized the majority of emojii images, released a new set of gender neutral emojiis. While such images confirm increased public recognition of people to identify as they please, they also created additional opportunities for misuse and harassment.

Use of an emoji may result in unintended offense or annoyance. Unlike language, where managers and other business professionals have long been educated to choose their words carefully, there is frequently little consideration of how an emoji might be interpreted. Moreover, while words may have a “literal” meaning, emojis as pictorial representations do not. They are no more “literal” than a Picasso painting and consequently perhaps more likely to be misinterpreted than actual language.

It is in the area of contract negotiation that the use of emojis may be most problematic. While laymen are accustomed to think of contracts as written documents, signed by both parties, experienced counsel know better. Courts have enforced “contracts” that are nothing more than an exchange of emails. It is in the period prior to the execution of a “formal” agreement, that the use of an emoji presents the greatest risk of legal impact. In the absence of explicit language, it can be difficult to determine whether an exchange constitutes an agreement between the parties. In such instances, the addition of a emoji or emoticon may be just enough to tip the balance toward the formation of a contract.

Whether a contract exists depends on the “objective intent” of the parties to enter into an agreement. Even if a party’s “subjective” intent was only to negotiate, a court will find that a contract exists if the “objective intent” – how the situation appears to a reasonable observer – suggests that a party had an intent to enter into a bargain. Adding an emoji such as the “thumbs up” sign, “shaking hands,” or the circled fingers signifying “OK” may create a reasonable expectation that the sender has agreed to a contract.

A recent Israeli case involving a contract to lease real estate illustrates the issues. After viewing a rental property, a prospective tenant sent the following email to the landlord: “Good morning. We want the house and just need to go over the details…When suits you?” (translated from Hebrew). Included with the message were emojis depicting a smiley face, a bottle of wine and dancing figures.   When the putative renters failed to appear to finalize the agreement, the landlord sued, alleging that he removed the property from the market in reasonable reliance on the communications from the putative tenants.  In holding for the property owner, the court noted, “These symbols, which convey to the other side that everything is in order, were misleading.”

Businesses seeking to protect themselves from the risk of emoji miscommunication have a simple solution: eliminate the use of emojis from all business communication. Whatever benefits emojis may confer – humor, accessibility, a “cool” factor – are more than outweighed by the risk of misinterpretation or misuse. With respect to emoji communication, the best policy is one of elimination.